Ok,  I feel like I have been so MIA.  At my school, we team plan and I was in charge of homework for the last month so I didn’t have to create too much.  I’m in charge of math next which would be great BUT it’s almost assessment time again so we are mostly reviewing, so . . . I decided I would do a Dave Ramsey post.  I am originally from PA when I moved to NC seven years ago right out of college I only brought along only what could fit in my car.  So as I needed things I had been putting them on my credit cards.  And I kept saying one day I will pay them off.
Well, last August I decided SOMEDAY IS HERE!!  I shredded my credit cards and that was that. 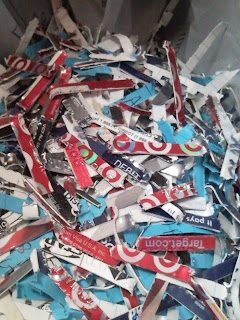 I should mention there is also paper in there.  :)
This was a HUGE gamble for me because I had NO. SAVINGS.  I tried my best to make small payments but I wasn’t really getting anywhere.  I was really scared I would run out of money.  Or something major would happen and I would be out of luck because I wouldn’t be able to pay for it.  I only get paid once a month and it’s often hard to make the money last all month.
In October, a great friend of mine told me you need to follow Dave Ramsey’s plan and she gave me this CD-Rom and the book: 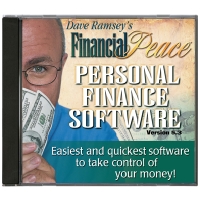 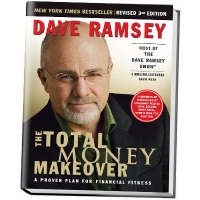 I put it on my computer and plugged in my credit card balances and my debit was $16,000 the same as it was in August.  I thought how am I ever going to pay this off????  Dave Ramsey’s first step is to prepare for RAIN.  You are suppose to pay only the minimum balances until you have $1,000 in savings.  I thought how can I put any money in savings I can’t even pay off one credit card.  I decided I would have a $500 goal for savings since I owed so much.  I took side jobs babysitting for my friends kids and tutoring and by November I was able to put a little money in the bank.  I was super excited!!!
Then in late November I found out that I had passed my National Board exam.  THIS. WAS. HUGE.  It meant I would be getting a 12% pay increase (about an extra $200 a month)!!!  I knew this would really help me pay off some debit.  I also realized that my car would be paid off in January.  Which would be an extra $200 a month, I knew that I would be able to pay off this debit.
I kept believing I can do this and kept babysitting and tutoring and I cut back wherever I could.  By the end of December I had paid off $3,000 in credit cards and put $500 in savings (This was only possible due to me putting my whole back payment pay from the beginning half of the school year raise from NB straight towards credit cards).  But it helped me see that I could do this. . .  .
On December 30, 2010 I wrecked my car and it was a total loss.   I was really bummed.  I thought, “There goes my plan, I can’t do this.”  ---  “I won’t have my debit paid off like I wanted to.”  However, I soon found out that if I took the money I was getting back from my car and put most of it towards debit and didn’t get a BRAND. NEW car I would actually come out ahead.  So that’s what I did.  I was able to purchase a 2009 Honda Civic.  It was used but it was still much newer than my old car.  And I was able to pay off more debit.
By February I had paid off $6,000 and I had a newer car.  I knew I could and was going to do this, and I also had $1,000 in savings.  I loved the feeling of knowing that soon I would be debit free.
I know I still have a long road but just today I filed my taxes and found out I was getting about $750 back and I thought if I put it towards my credit cards I WILL. BE. out of debit sooner. I’ve had to cut back: hardly any new clothes, no gym membership, no more Netflix’s, but it is worth it knowing that by fall or sooner all of my credit cards will be paid off.
If you have a little or a lot of debit it is possible to get out.  I believe Dave Ramsey’s plan works.  I love being able to watch the “Snow Ball” of debit come down and it’s great to  be able to see how long it will take you to pay off your bills if you pay $X each month.
at 8:01 PM

way to go girl! i heard that program is awesome!

Good for you! It feels so good to accomplish goals!

Thank you for sharing. I'll be sharing this with my hubby. Maybe we can get out from under the debt as well.

I love Dave Ramsey! I mean it's all common sense, but I like how all that common sense is all together in a book. I don't know if you know, but he has some children's books as well...I think around 4 or 5 of them. I used to use them when I taught 2nd grade when we did our economics unit every year. I originally found them at Chick-fil-a in the kids meals. I bought a ton of them to put in my classroom. Now that I'm a stay at home mom, I use them with my kids.

Another thing, check out these money saving blogs if you haven't already. I use them to save money on EVERYTHING!

www.southernsavers.com this website shows you how to use coupons along with the weekly sales to get pretty much everything at a very low cost or FREE! I routinely save over a hundred dollars each week on groceries while paying around $75 for my family of 5. Like the other night, I bought 3 gallons of milk for 95 cents. Hooray.

www.hip2save.com You'll love this girl. She posts deals about more than just grocery stores and drug stores, although she does those too. If there is a deal to be had, she has it. I bought two pair of cute little croc gabby shoes for my 6 year old last summer for $8 shipped to my door because of listing the deal. Regular cost? Around $60. Yay!

www.moneysavingmom.com It's not just for moms. She posts deals like the previous two, but she also follows Dave Ramsey and is a great encourager. She writes some great articles about saving, while the other two mostly do the deals. She also has lots of stories from other people that you would find encouraging.

Sorry this is so long. Saving money (like teaching) is one thing I am really into. And using these blogs above is one of the reasons I am able to be a stay at home mama during this season of my life. I couldn't help but share!

Let me know if you have any questions about any of those blogs! 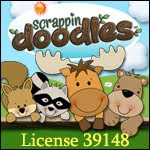 Have questions? Email me at Stephanie_Kinley@yahoo.com

Stephanie
North Carolina
Welcome!! I’m a first grade teacher in NC. This is my eighth year teaching. In November of 2010 I became a National Board Certified Teacher. I joined blogger to get ideas for my classroom. If you have any questions or would like copies of anything feel free to email me!!